Removing snow from city streets is a service provided by Street Maintenance.  When snow removal becomes necessary, city crews work around the clock to improve travel conditions on major transportation routes, allowing emergency services, education, and commerce to continue with minimal interruption.  Residents should understand that snow removal is a public safety initiative.  The program is not designed to provide convenient road conditions for extensive travel throughout the city. 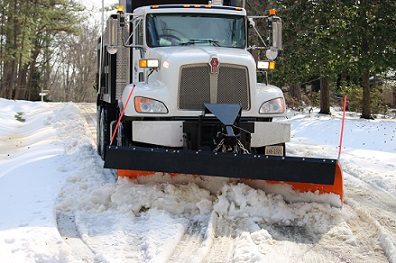 Bridges, major thoroughfares, and major arterial streets are given 1st and 2nd priority. Secondary arterial streets will be cleared to bare pavement within 24 hours after the snow has stopped falling, DEPENDENT UPON ACCUMULATION AND TEMPERATURE. Private property owners should not move snow from their driveways or parking lots into city streets. Doing so hampers the city's ability to clear roadways and could become a public safety hazard.

During inclement winter weather, the city must prioritize snow removal from city streets.  We begin with the bridges, Priority 1 and Priority 2 roads.  Those are the City’s main and busiest thoroughfares.  They must be cleared first to make them passable for emergency vehicles and to permit entry and exit into the City.

Once those roads are clear, then we move into residential neighborhoods.

During major snowstorms, the city of Richmond encourages residents to stay home if at all possible.  If residents must travel, they should make every effort to use major thoroughfares that have been plowed and/or treated with sand and salt.

Keep parked cars off of main streets to speed up removal.

Per City Code, Sec. 24-34, you must clear the snow on sidewalks adjacent to your property within 6 hours of snow stopping or by 11:00 a.m. the next day if snow continues to fall through the night. City code holds property owners and occupants responsible for doing so. If you see sidewalks that are not cleared within the allotted timeframe, please contact Customer Care at 3-1-1 and enter a service request for Code Enforcement/DPW so the matter can be addressed.

If the city leadership declares a snow emergency, parking will be illegal during times indicated on the new signs.  The city will tow illegally parked vehicles.

Residents should also make every effort to move or park their vehicles on side streets, leaving at least one travel lane open for traffic.  This measure is necessary to prevent accidents and to keep primary and secondary streets clear for ambulance, police, and fire vehicles and snow plows.  The city of Richmond will tow cars that are double-parked or abandoned in travel lanes on all streets.

To find out if your vehicle is at Seibert’s

The Department of Public Works will attempt to collect all refuse on the scheduled collection days.  However, snow may cause delays in some areas.