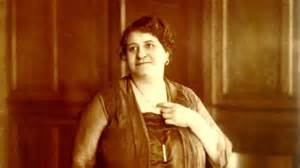 "The Maggie L. Walker Initiative will honor the social and entrepreneurial legacy of this homegrown hero. Our work, in honor of one of Richmond's great historical figures, is being done in hopes of reviving Maggie Walker's legacy of person-centered community economic development and empowerment."

On Wednesday July 31, 2013, (Former Mayor) Dwight C. Jones announced the transition of the Anti-Poverty Commission to the Maggie L. Walker Initiative for Expanding Opportunity and Fighting Poverty, co-chaired by Councilwoman Ellen Robertson and Dr. Thad Williamson. The Initiative was charged with identifying specific action steps the City should take to begin implementation of the recommendations of the Anti-Poverty Commission. Task forces in seven policy areas were assigned to identify and prioritize actions. These recommendations in turn were reviewed by a newly established Citizens Advisory Board, one-half of whom consisted of persons living in or near poverty or working in a high-poverty neighborhood.

Upon recommendation of the Maggie L. Walker Initiative, (Former Mayor) Dwight C. Jones included a total of $3.4 million in funding for new poverty reduction initiatives in the FY 2015 budget, which was approved by City Council. (Former Mayor) Dwight C. Jones also established the Office of Community Wealth Building to coordinate poverty reduction and wealth building initiative across sectors. On April 15, 2014 he named Dr. Thad Williamson the first Director of the Office of Community Wealth Building.

From the beginning of the anti-poverty effort in 2011, (Former Mayor) Dwight C. Jones challenged the Anti-Poverty Commission to identify the structural roots of entrenched poverty in the City of Richmond and to identify policy strategies with the potential to transform the landscape of opportunity for city residents suffering from poverty and its consequences.

Underlying the work of the Mayor's Anti-Poverty Commission, the Maggie L. Walker Initiative for Expanding Opportunity and Wealth Building, and now the Office of Community Wealth Building, is a moral vision. Simply put, our vision is of a city in which all residents have access to quality schools, quality employment opportunities and the training needed to be successful in such opportunities, safe and vibrant neighborhood settings, mobility via an effective transportation system, and a thriving civil society that supports strong families.

To achieve this vision will require systemic change across several different sectors. The obstacles to such change are well-documented, including in the Mayor's Anti-Poverty Commission Report. Further, such change will not happen overnight. In the meantime, there is continued need for a strong safety net to address the immediate needs of individuals and families in crisis.

The ultimate barometer of our success will be when children growing up in all parts of our city have the same likelihood of achieving career success and forging a stable future as children in any part of the metropolitan area or the Commonwealth of Virginia. This will require providing support and educational resources to parents of young children; assuring that young children have access to high-quality preschool experiences that prepare them for elementary school success; attendance at high-quality public schools with effective teachers; community support and programming to help youngsters through the critical transition points of adolescence; and access to the material and non-material resources required to allow young people to pursue successfully higher levels of education, be it in technical training or a college and university setting, that offer preparation and open windows to a productive adulthood.

It will also require that children see from their earliest years examples of success and positive role models to shape expectations and broaden horizons. Achieving this, in turn, will mean expanding employment and entrepreneurial opportunities in long-neglected neighborhoods as well as creating neighborhoods that reduce the concentration of poverty and the social and economic isolation of low-income families. Finally, it will also require developing a proper regional transportation system to allow low-income city residents to access regional employment opportunities (just as county residents now access downtown employment opportunities).