Our Approach to Gun Violence Prevention

In May 2021, Mayor Levar Stoney, along with all members of the Richmond City Council, declared gun violence a public health crisis.

As part of this declaration, Mayor Stoney also formally announced an effort to bring a diversity of stakeholders around the table to collaborate on solutions to curb gun violence in the city. Partnering with members of the Richmond community, Virginia Commonwealth University (VCU), VCU Health System (VCUHS), and Richmond City Health District (RCHD), the City of Richmond established a working group to explore an evidence-based public health response to address the underlying socioeconomic and systemic factors that promote gun violence.

This collaboration, informally known as Richmond’s Gun Violence Prevention and Intervention Framework, is designed to guarantee that those directly impacted by gun violence, community members, and direct service providers have an opportunity to be heard by the Mayor, the Richmond City Council, and the City’s Administration and includes key elements such as:

Jump straight into the report here. 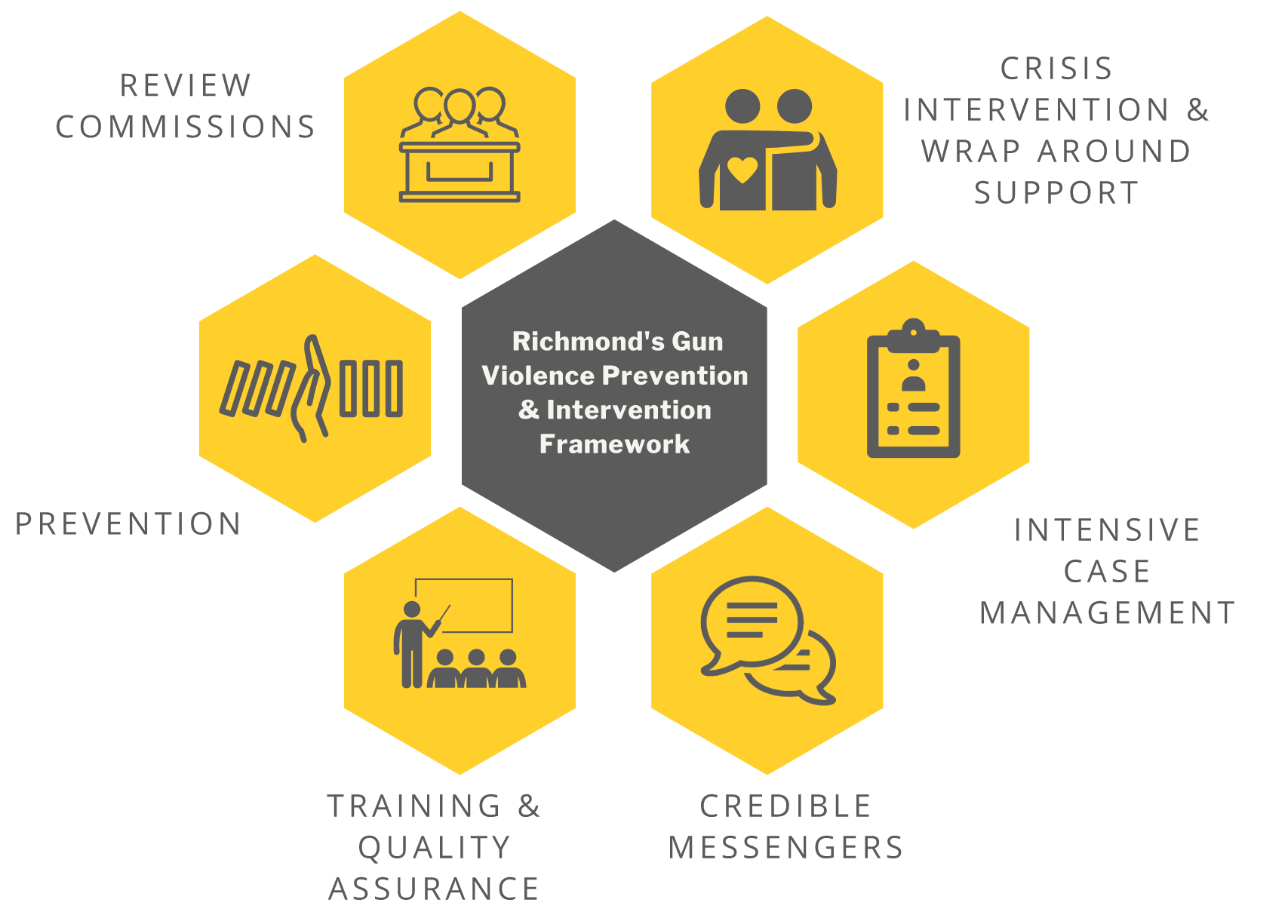 The Gun Violence Prevention and Intervention Working Group collaborated to create a unique GVPI Framework for Richmond. This Framework serves as the Stoney Administration’s starting point for addressing gun violence. With the assistance of the Human Services Division and the Richmond Police Department, additional recommendations were also incorporated into this report and the overall GVPI strategy. 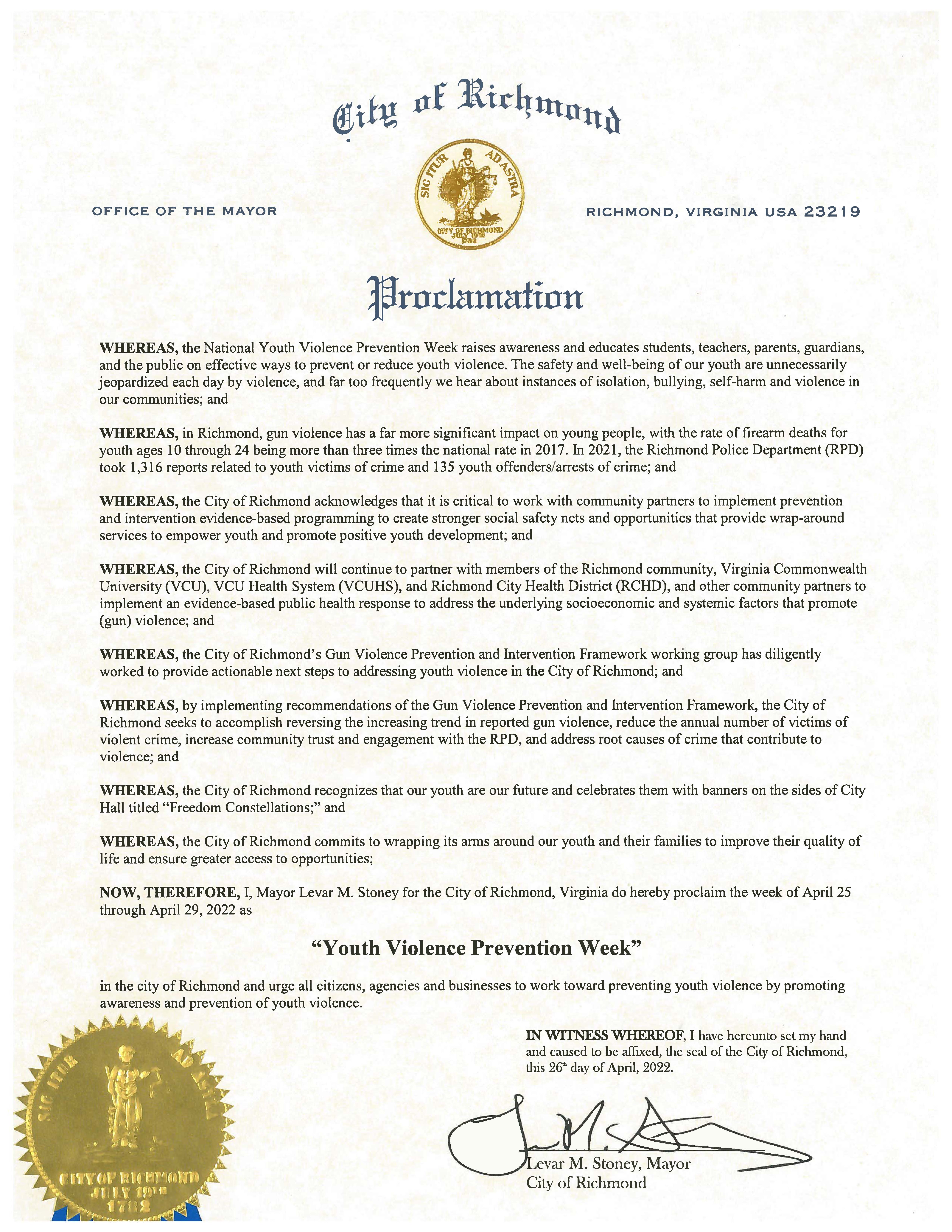 I'm declaring this week as National Youth Violence Prevention Week in Richmond. Because we love our children, we will find a positive path forward and make our city safer.